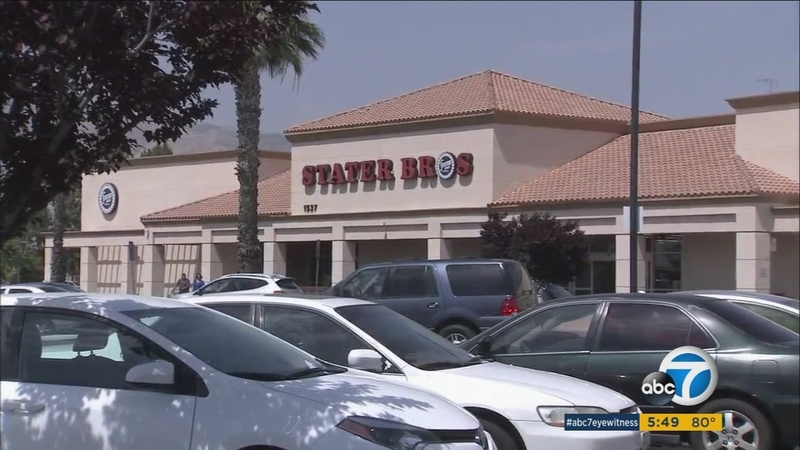 SAN BERNARDINO, Calif. (KABC) – Three women at a local grocery store chain say they were sexually harassed at work, and they claim their supervisors allowed it to continue.

Kayla Swanger said she’s worked at Stater Bros for 11 years, and her goal was to move up in the company. It’s why, according to a complaint, when a supervisor at the store in Hemet spoke, she said she listened.

“I didn’t want to seem pathetic, or that I couldn’t be in charge, and it sucked, it really sucked,” said Kayla Swanger.

“I knew I could learn things from him,” Swanger said of her supervisor, David Gonzalez. But she claims Gonzalez said things to her like, “you look so sexy today.”

“He would get up close to me, and rub himself on me,” Swanger said. According to Swanger, it made her feel trapped and helpless.

According to the complaint, Swanger said she reported it to a Stater Brothers supervisor. The supervisor “kinda shrugged it off like it’s no big deal, we all know David is like that,” Swanger said.

Rubi Camarena Romero is also suing. In her complaint, she said Gonzalez invited her over to his house one day, and told her if she didn’t show up, she “will get demoted.”

“He had said because I worked the same day that there would be a few coworkers, or his family, so I said OK,” Camarena Romero said.

But she said when she got there, it was only the two of them. She said after she turned down a drink, Gonzalez jumped on her, “pushing his body on top of hers.”

“He’s like, ‘Don’t you think if I wanted to rape you I would have done that by now?’ And when he said that he went on top of me, so I got scared and I ran out.” But she said Gonzalez followed her and told her not to tell anyone.

On why she didn’t go to the police, Camarena Romero said, “I don’t like conflict, I was scared that something could have happened, I could get fired.”

As for Kayla Swanger, she said after two store supervisors did nothing, she made a complaint to the corporate office.

She said corporate then transferred Gonzalez to a store just a few miles away in San Jacinto, where another employee said his behavior continued.

“He would run his fingers down my spine on the check-stand, in front of customers,” said Burnett. “He started kissing up my arm, and holding my hand. It made me feel unsafe, and made me not want to come to work anymore.”

All three have hired attorneys. They’re suing not only David Gonzalez, but Stater Bros as well.

“They let another victim get harassed by this predator, and it’s just not right,” Camarena said.

Brian Hannemann is one of the lawyers representing the women. “What they should have done was fired him,” Hannemann said.

It is unclear whether Gonzalez still works at Stater Brothers.

“This is a major failure of harassment prevention, of reporting, the company response, said Hannemann. “It’s inexcusable.”

In a statement filed with the court, Gonzalez denies each allegation contained in the lawsuit. An attorney for Gonzalez said, “Mr. Gonzalez does have a lot to say about the allegations, but he will do so at the appropriate time and in a court of law.”

Stater Bros has paperwork with the court denying the allegations and said, “Comments are not provided on matters of pending litigation.”

About the Author I have more than 20 years’ experience providing
aggressive legal representation to clients who
have been sexually victimized in the workplace.